Welcome to my stop on the Orange You Glad Blog Hop.  Well I'm glad that Carla of Creatin' in The Sticks has come up with yet another  great hop idea and has taken on the coordination of this event. 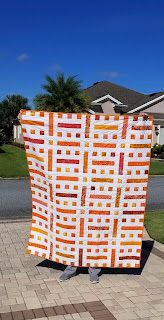 Earlier in the year I participated in the annual Hands 2 Help project and was fortunate enough to receive a choice of quilt patterns from  Kristy Daum  for my participation. I choose  her pattern Floor Plan  The pattern was set up in 2 ways. One, my choice, was strip pieced and the other was in a traditional lay out.  Her pattern did not include the gray sneakers, those were my personal choice. 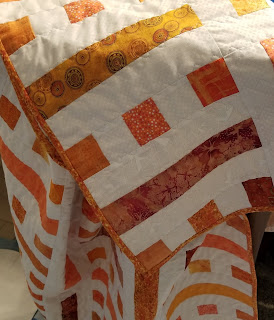 A better look at some of my orange stash and scraps

I received the pattern right around the time that this hop, looking for something Orange was announced. I loved the pattern and really wanted to make it immediately but I had no need to do's on my list.  Since I had no specific requests making a quilt in Orange was just perfect timing. 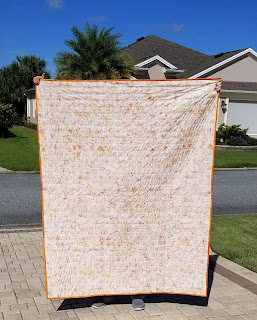 I even found some wide fabric that had orange in it.

I must admit if you asked me before this hop was announced if I had enough stash in the orange family to make it I would have said no.  I was absolutely amazed with just how much orange fabric I actually owned.  This top was made entirely from my stash and scraps. 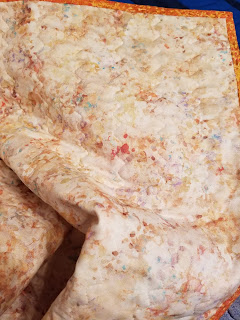 This morning I read the Hop post by Tubakk (Densvendehimmel) and she mentioned always including a pin cushion in her hops and I realized I usually include a mug rug. I also realized that I didn't really have the time to make one. I did have time to hunt down a previously completed one in my pile of mug rugs that was at least in part orange 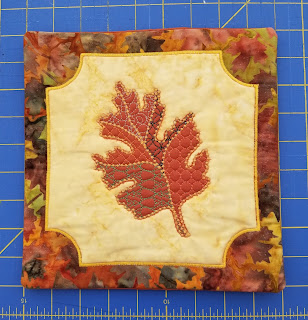 And while I was at it I pulled 3 pincushions from the pincushion bin that were also in part orange.
Orange You Glad (tee hee, tee hee) 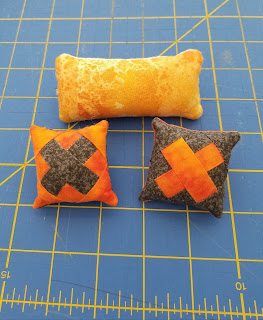 The top one is the back of a pin cushion not just a boring pin cushion. I know I'm just a copy cat.

I hope you have enjoyed this hop so far and have been able to visit with all of its participants.  It is so amazing how creative a group can be starting with the same phrase and branching out in so many directions.  In case you need to see the group with their links,  here they are.