I have had a couple of busy weeks most of which I can't discuss here and now because it has to do with an upcoming hop.  In the in between times I did some knitting.  I made this hat for the local hospital cancer care unit. 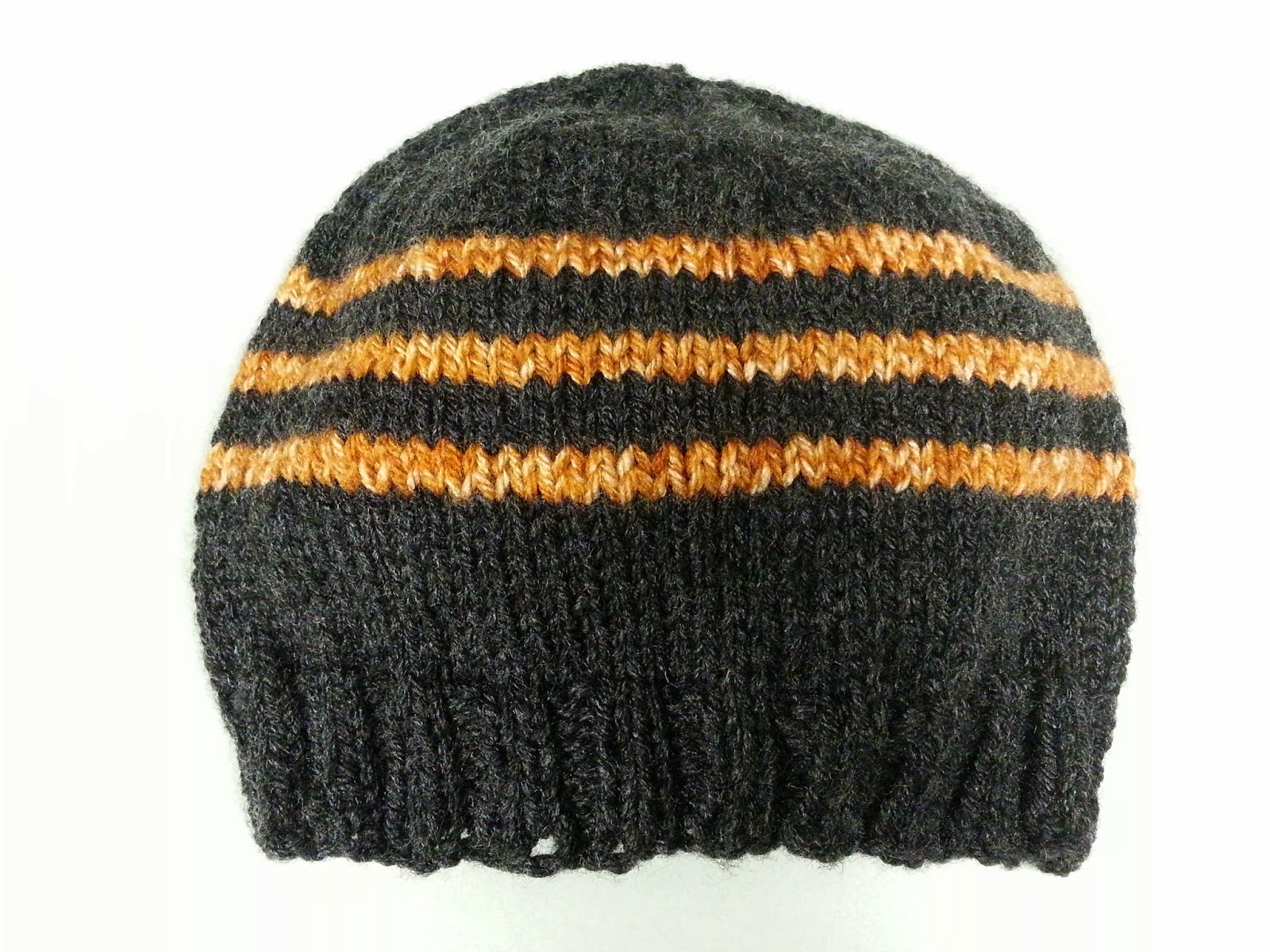 It came about because I decided I should work on some of my yarn related UFO's as well as my quilting UFO's.

A couple of years ago I decided to crochet an afghan using up my scarf scraps. Once I figured out that I didn't have enough to do what I wanted I shelved it.  So last week I took the piece out of the bag it ended up in and I started to un-crochet it. RIPPPPPP 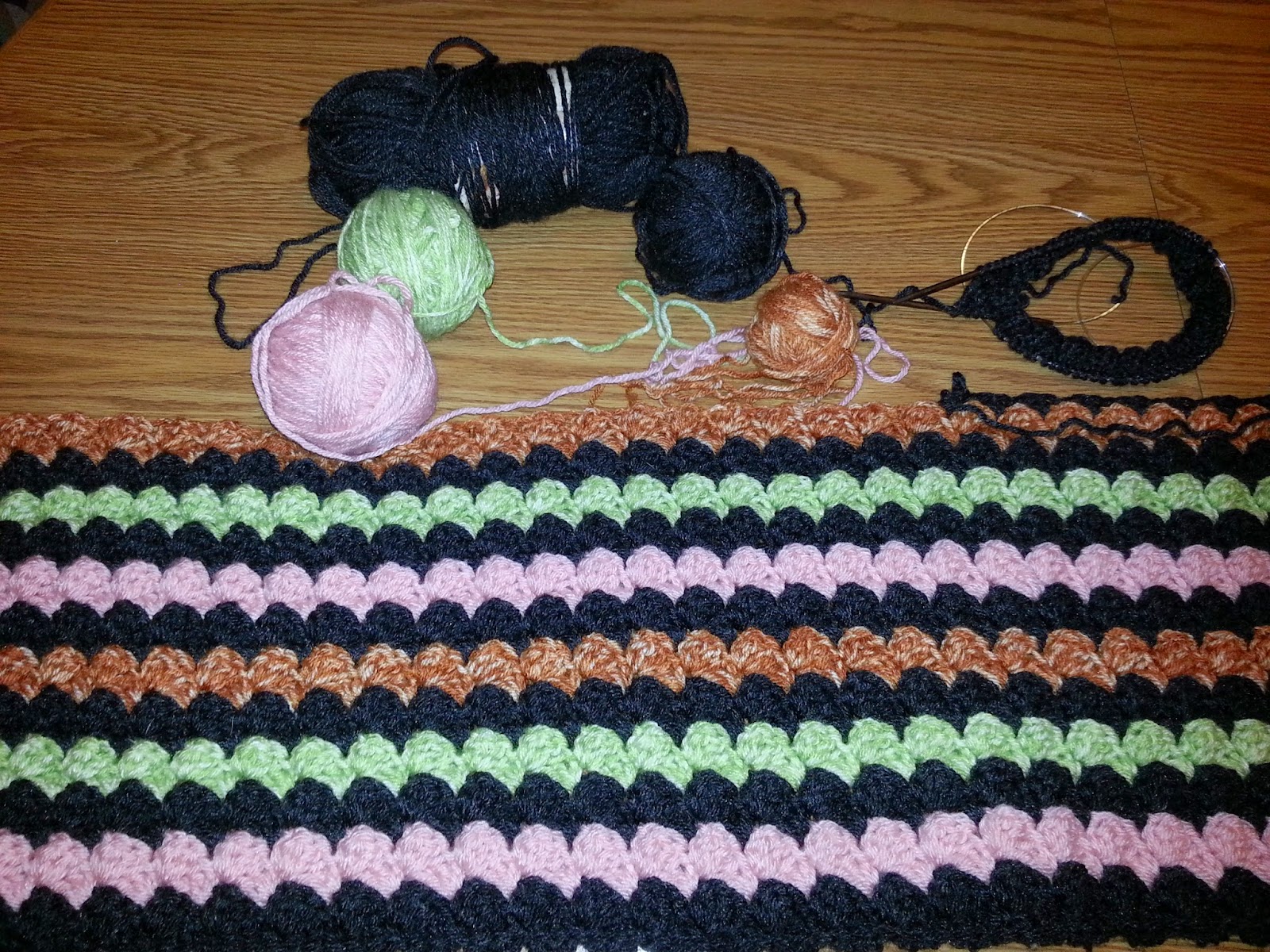 These pictures show what is left which is about half of the original piece, less the hat. The little circle on the right  is the beginning of another hat. 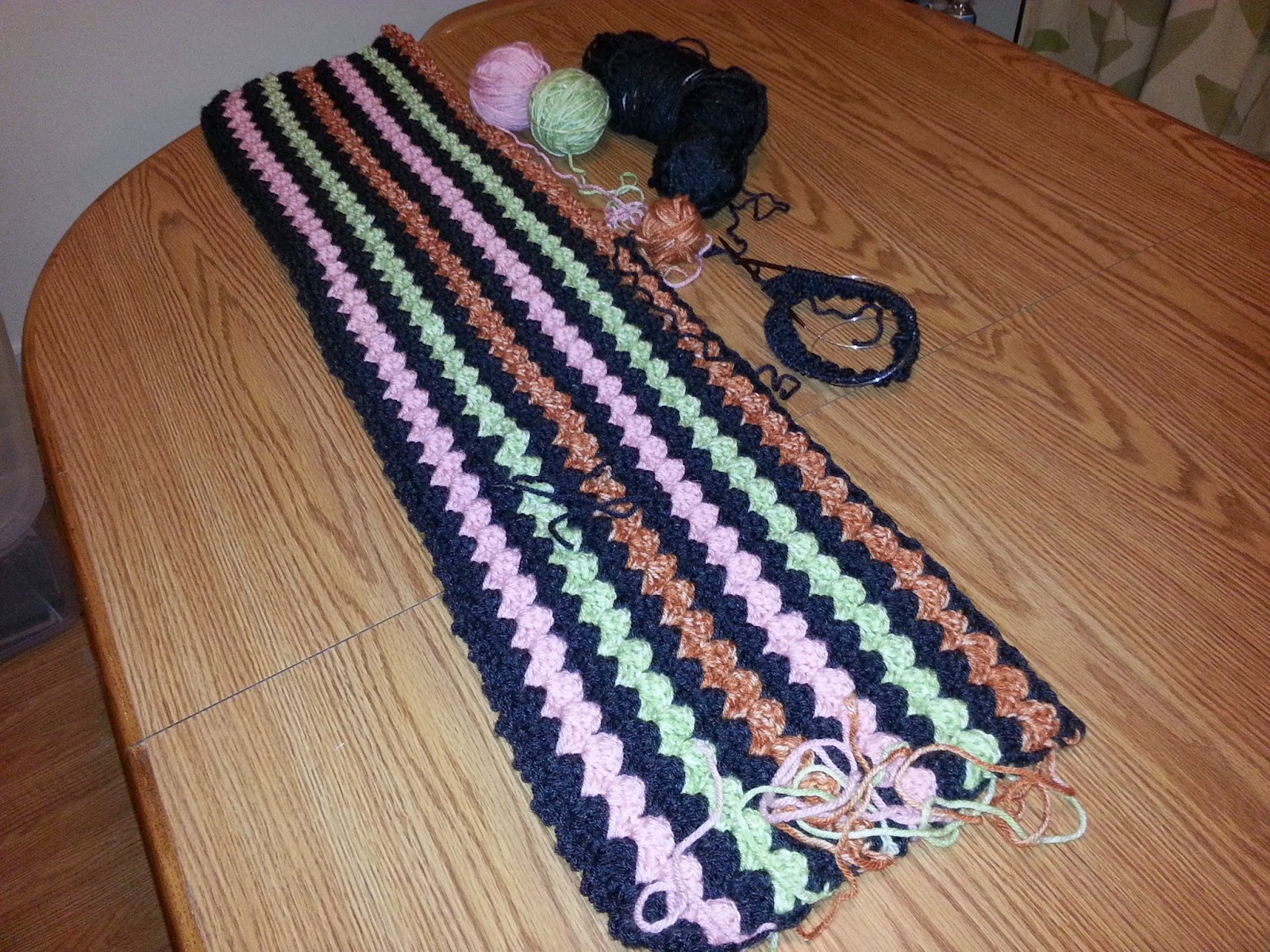 I also finished up another Helmet liner.  No picture of it. It looks just last the other 5 I made this year.

I started to blog to have a real record of what I have done in the areas of quilting, yarn crafts and the occasional papercraft. 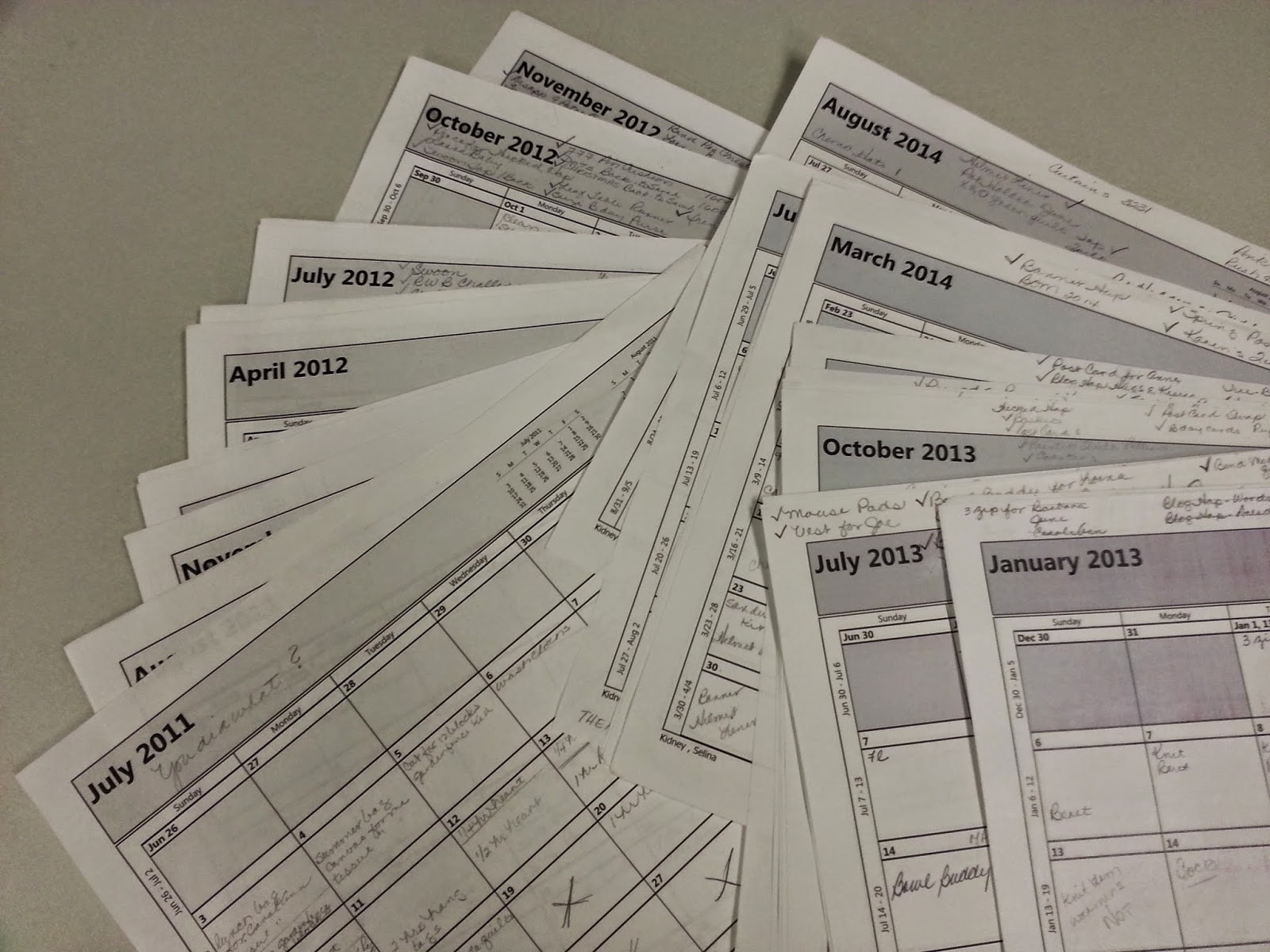 Apparently I am not a very trusting person. I've been blogging since March of 2011 but in July of 2011 I started making a note each day of what I did in the crafting arena the day before.  I am such a paper person.

I really do need to order a hard copy of my blog, I think I will ask for it for a Christmas present. I'll feel so much better having the history in my hot little hand.
Posted by tink's mom at 9:33 PM 6 comments: 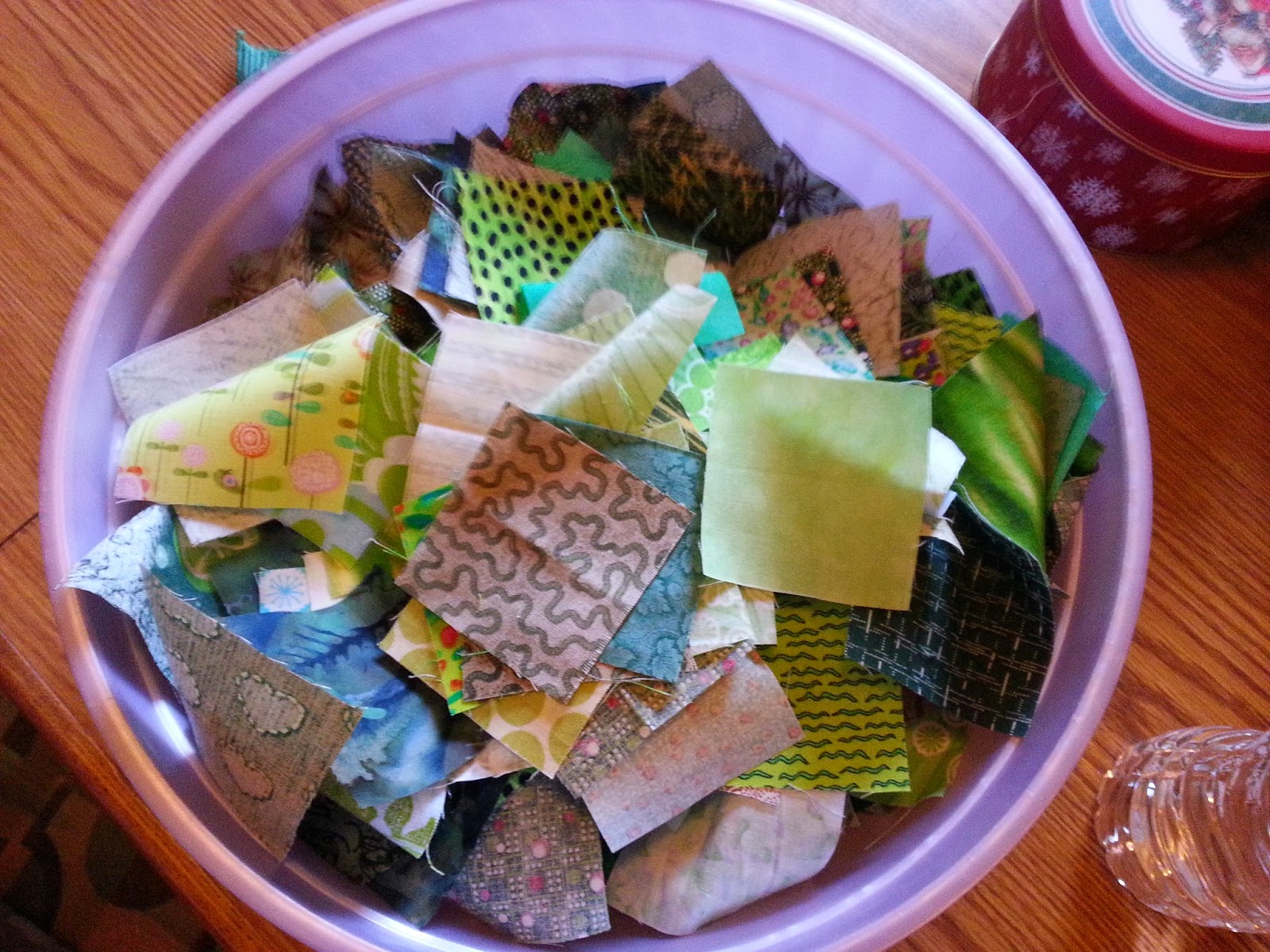 While I was finishing up another quilt I was watching U Tube videos from Missouri Star Quilts. Up popped this one on 4 patch and x's and o's
http://quiltingtutorials.com/basic-skills-techniques/4-patch-quilt-xs-os-awesome-quilt/ 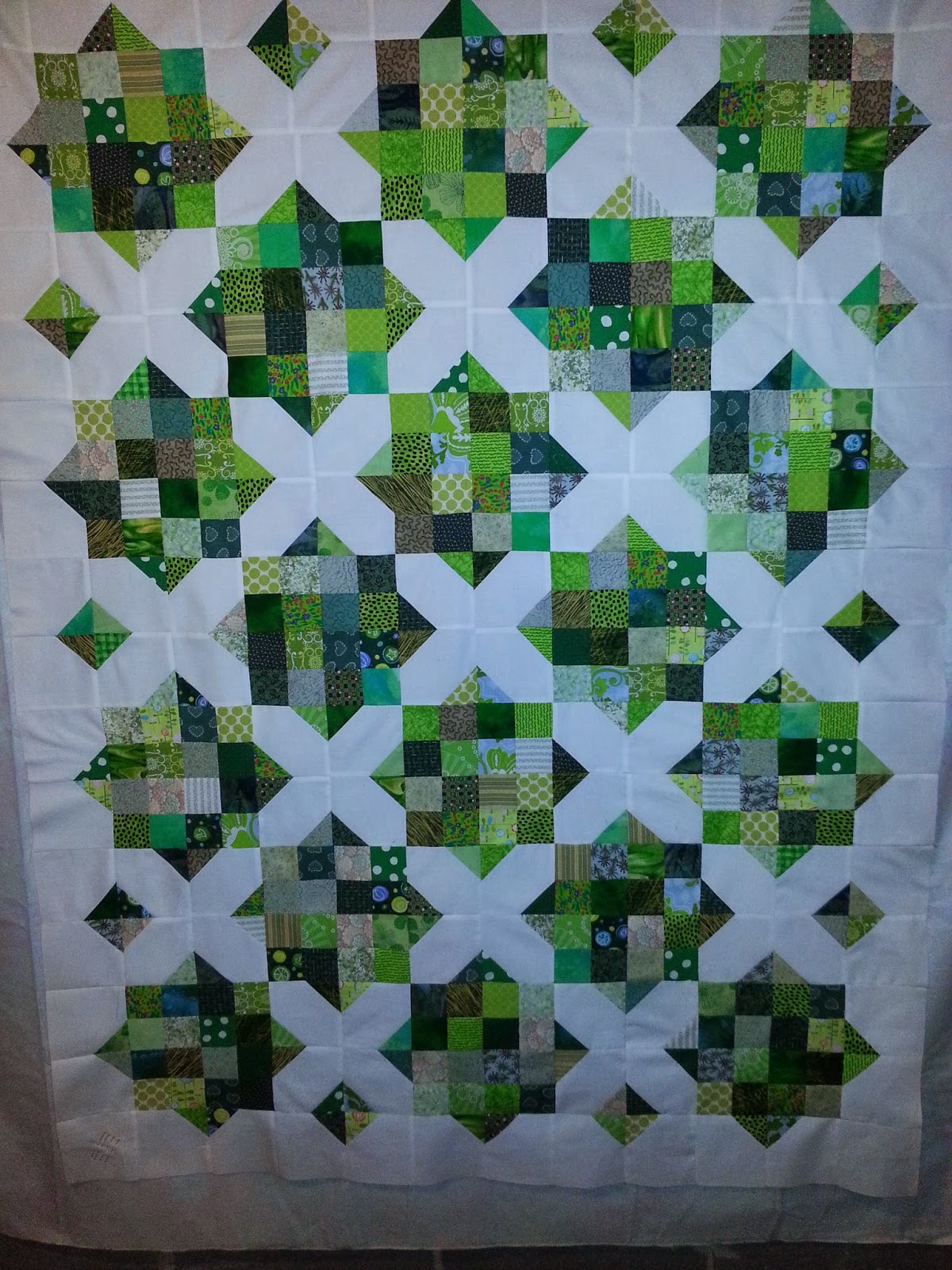 I was fascinated. It looked like such fun and speedy too. Right up my alley. 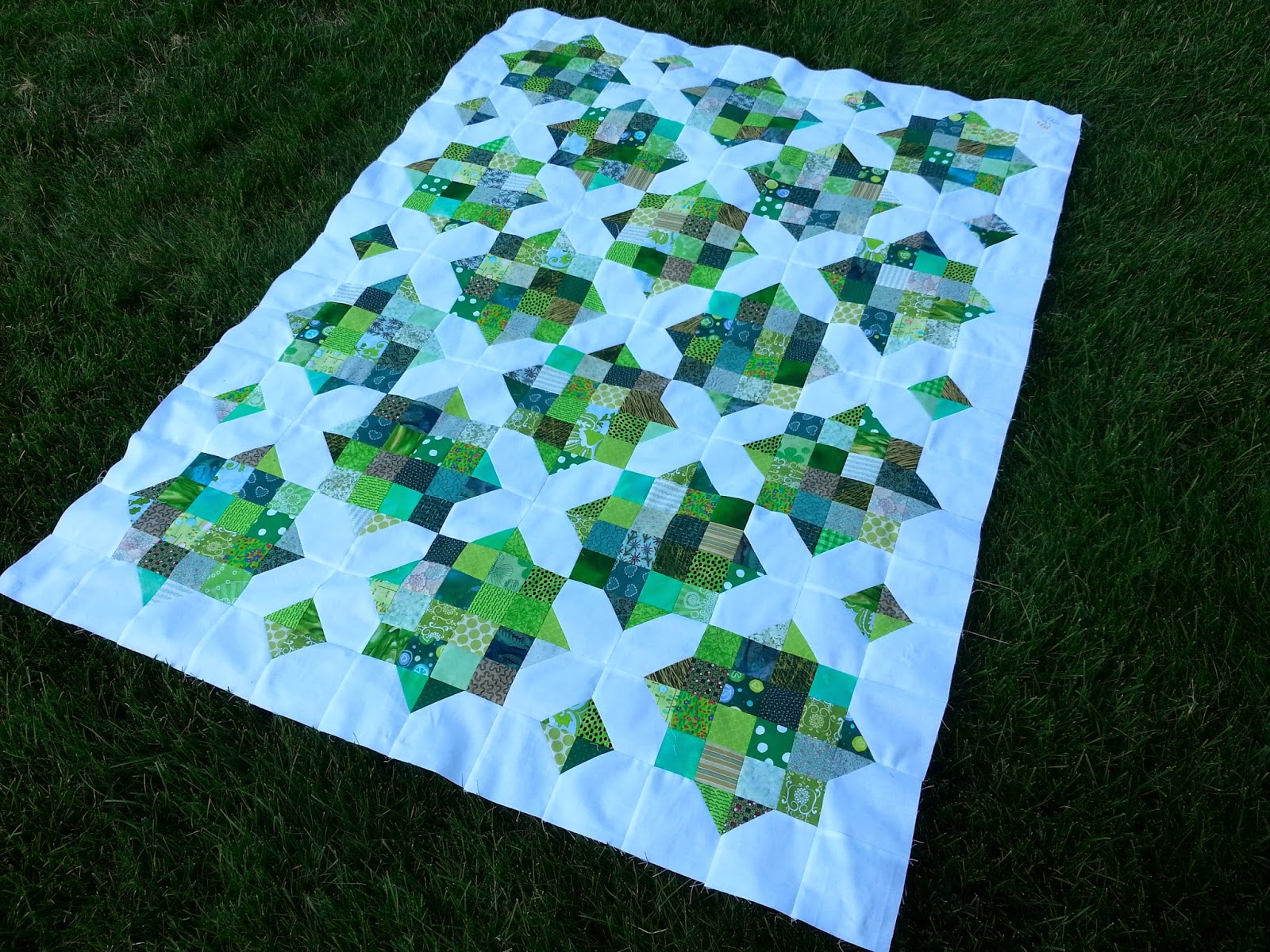 I got this far by Monday night.   I'm posting now because I'm not sure what I want to do next.  I haven't decided yet if I want to add borders or just want to quilt it as is. 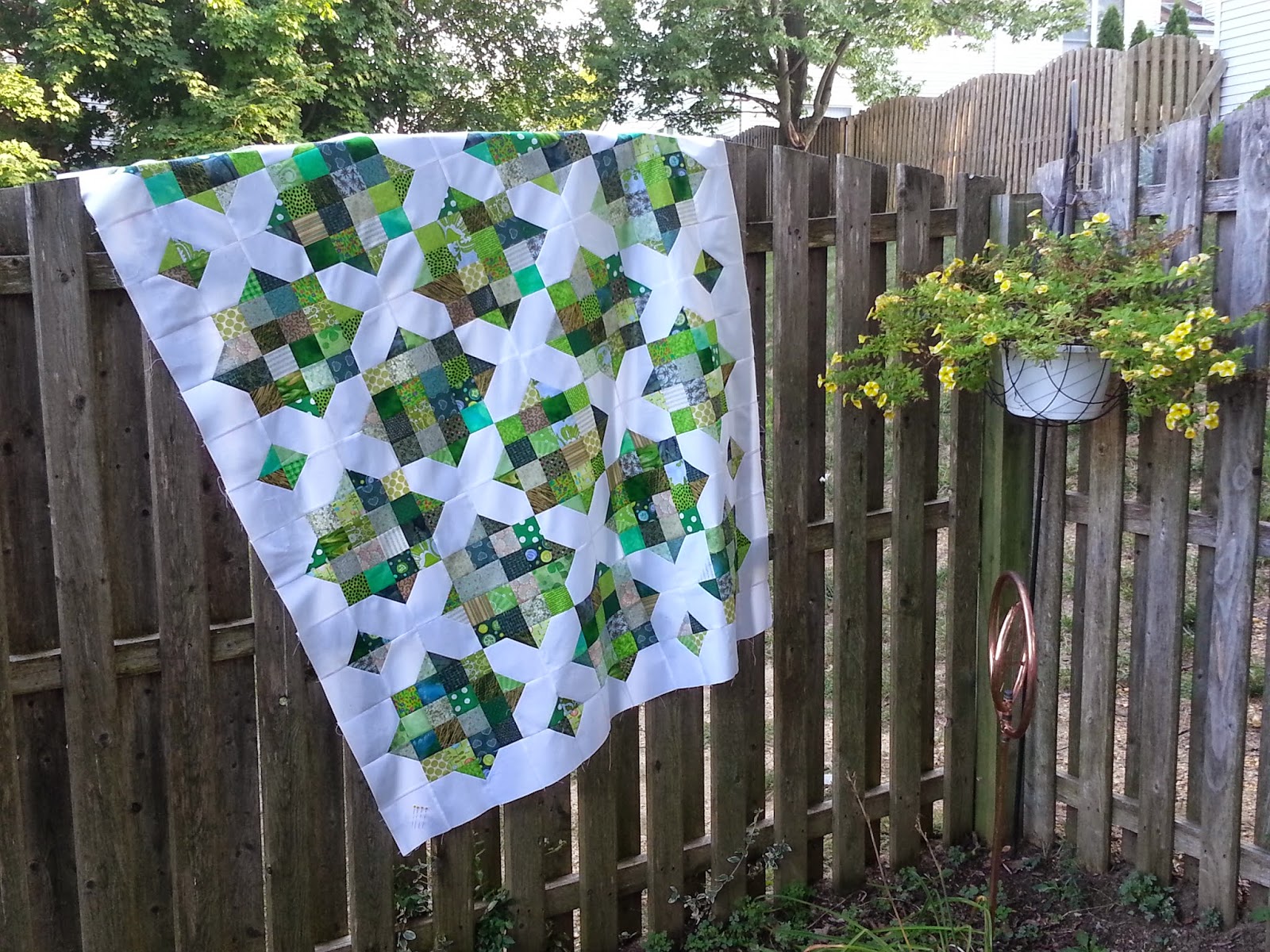 I'll think on it as I start my quilt for the Rush Hour Blog Hop. I've got until 9/25 for that one but I have what I consider a brilliant idea and I want to start on it before something else pops into my head to do.

This one will reappear once it's done.

I will be making another one real soon as one of the ladies I work with will be a grandma for the first time in November and she asked if I could make one of these but with pink tossed in with the bright greens. Sounds like fun.

Meet Bunny.  I borrowed her for this event.  She is a 10 month old, jet black  Cocker Spaniel. That would make my category Puppy on a quilt. 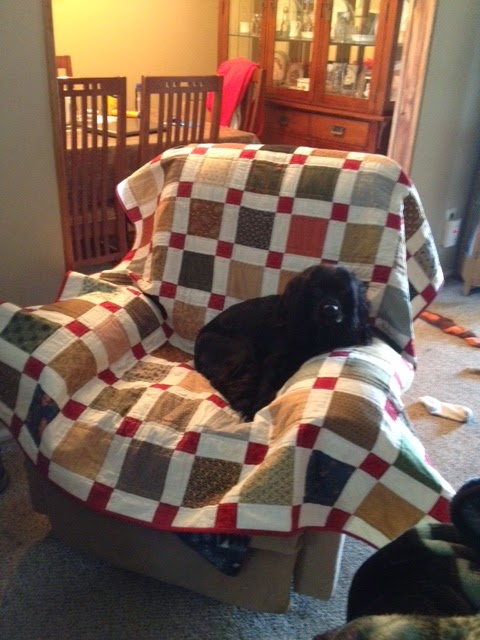 Bunny's family are the wonderful folks who use to dog sit Tink when we went away.  They were also the dear friends who took care of everything for us the day she passed. 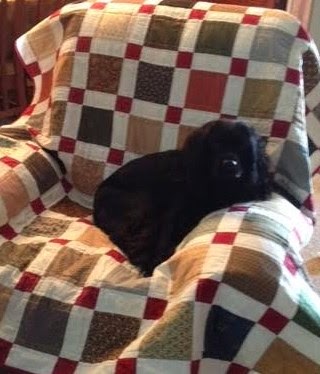 One of the things they did was to use one of their quilts to wrap Tink in at the end.  I didn't realize at the time that it was Bunny's quilt.

So when I finished this quilt it became Bunny's new quilt (apparently her chair too).  She is a wonderful pup who we are allowed to borrow on a regular basis. We take every opportunity to spoil her to pieces.

Pictures just don't do her justice.  She really has the most beautiful eyes, would you believe, they are black  ;-}

So here is the link to get you back to the linky party so you can check out everyone who is participating in this super fun event.

If you have a minute let them know what a great job they have done.
Posted by tink's mom at 9:36 PM 34 comments: